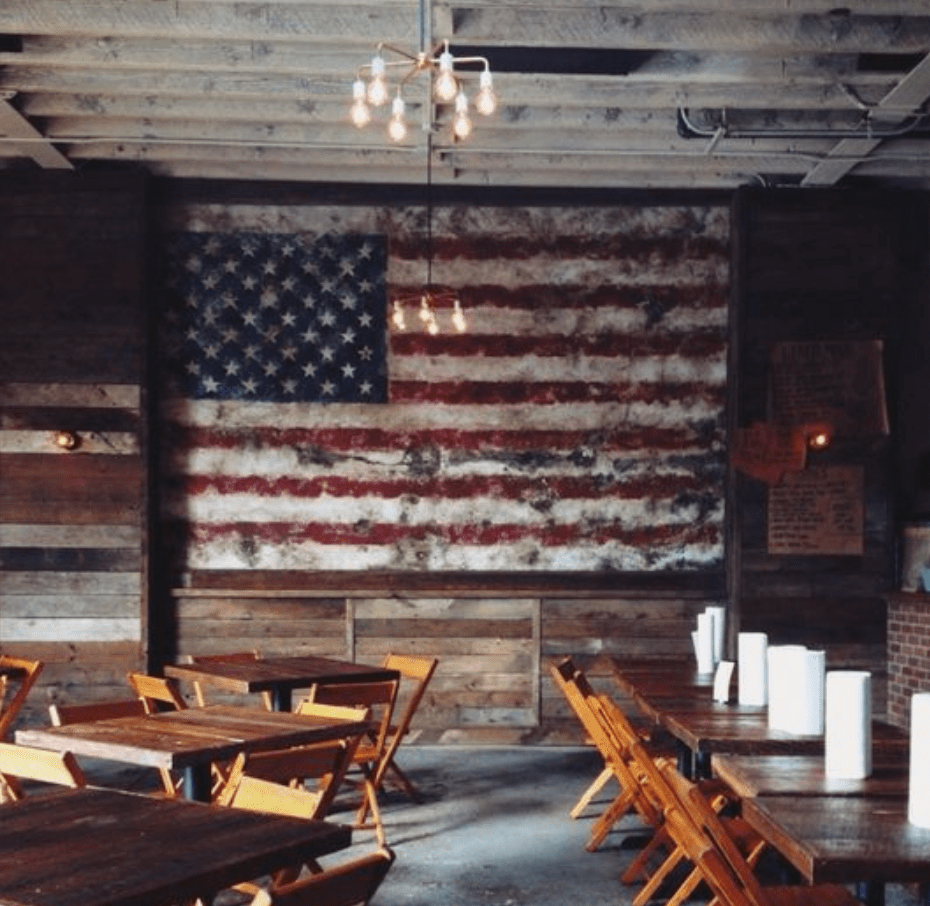 You know two things about the place you were raised, you love it.. and you hate it.

You hate the trapped feeling it gave you in your teenage years, like you’d never get out, like you’d be shackled to this place forever. You hate how the people here seem like they never change, like they never grow. You hate watching everyone who got out live a new life in a new place when you’re still here, waiting on someday.

You love the security of your comfortable patterns here. You love the feeling of knowing all the back roads and where to get the best burgers. You love that your friends are only ever 20 minutes away from you and you love that you always know what to expect from the people that live here.

Here you are, not shackled anymore but the truth is, you’re still tied. Tied to this place by heart strings and memories. This is the place that made you from scratch. The place that built you up, and in some cases tore you down. Be grateful. Grateful for those tear downs, because without them how else would you have learned to build?

We think we hate the home that held us, the easy breezy back yards we’ve played in since we could walk. You think you want new back roads and Sheetz instead of Wawa.

As you move on you’ll miss your once too small town. You’ll miss the people who reapted the same jokes. You’ll miss being able to go anywhere and see someone you knew.

Once someday comes, yesterday is gone. Tomorrow takes your breath away as you build a new life in a new place, but it doesn’t have the warmth of home… not yet. It doesn’t hold you when you cry anymore, it expects you to get up dust yourself off and get on with it.

All the love you have in the place you left will pull you through. You’ll know it’s possible to build here because you were taught how to do this before. Don’t let missing those comfortable patterns trick you into turning around. Stick it out through the days that are tough on your heart, be grateful it’s still beating. Be grateful it can feel something, even if that something is pain.

You will go into the next phase of your life unaware of what it will bring. Newness might go easy on you, it may sweep you away in a feel good feeling. It may be hard on your heart, the change it brings may unsettle your soul. Either way the good will always loop back around to pick you up.

Just remember that in all this coming and going, home is where the grateful heart is. 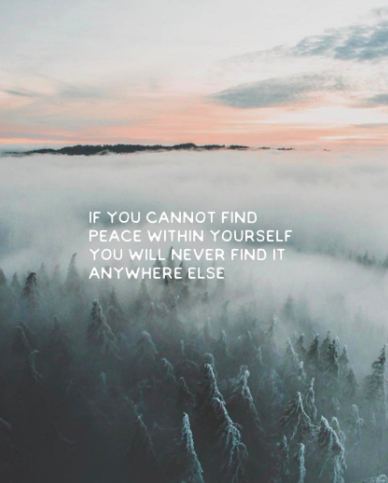 It took me almost 20 years to create a space for myself in this world. I was chained to a bleeding heart and a need to have a tidy little life. I was unable to use the word No and I made sure I reacted to EVERYTHING.

For me, I felt that not reacting to things would leave loose ends in my life. I thought people needed to see and hear how I felt for them to get me. The truth is, they don’t need to get me…or know me. Now, as things get messier and people’s true colors are displayed on the canvas of life, I’ve come to realize not everyone deserves a reaction. Not every situation needs an attached feeling. Sometimes things just are what they are, and they can’t be changed.

I’m a HUGE believer in the concept of karma. The idea that what you put into the world is often what you get out of it is so appealing because, it means that regardless of the turmoil around you, if you create peace you will receive it. You don’t have to make every feeling known and you don’t have to explain yourself to everyone. Some pictures are better left unpainted.

Sometimes, we get stuck in situations that don’t reflect our own karma, and this, is because the universe is testing you. We can’t control the things that happen to us, or the things people say to us, but we can control our reaction to it. Your karma comes from how you react to situations. Do you scream and yell? Or do you create a solution? That solution can be anything from resolving a situation, to just straight up blocking someone from all aspects of your life. When a person finds a way to infiltrate your peace, it’s your job to suppress their influence.

I reacted to situations in ways that made me nasty. So, I stopped reacting. I channeled that energy into laughing with my friends and telling someone I love them. Sometimes in your most negative moments you just have to completely change your focus. Drop the entire situation, text your friend that you appreciate them, take any opportunity you have to erase a bad feeling and fill it with kindness. Maybe not kindness toward a person or situation that bothers you, but kindness toward something. Take that energy that you would have put into the world in bad taste and reverse the whole idea. Drop the black paint and pick up yellow. Start painting your life with love, in bright colors.

You never need to defend your existence to anyone, especially those who aren’t even capable of stabilizing their own. People will do their best to step into your life and make space for themselves. They’ll take up room in your thoughts and will fight to make sure you hear them in the moments where they couldn’t be more wrong. Looking out for your own peace will make it possible for others to understand how they’re disturbing their own, by trying to uproot yours.

My life has tested me in the most extreme ways and because of that, there are so many negative things that can’t reach me. I’ve found that lately my peace is almost untouchable. I know who I am. I am a fierce friend, and an even fiercer opponent. My heart is soft but selective. My circle is small but strong. And thanks to these qualities, my peace is safe and sound.

I made my life my art and painted yellow with a wide brush over everything. I’ve learned not everyone deserves to be a part of your picture, in any form. Not in darkness and not in light. You can exist on your own wavelength while they exist on theirs. Parallel lines that never touch.

Make your peace your prerogative. Take control of your canvas. And paint your life in colors that complement each other. 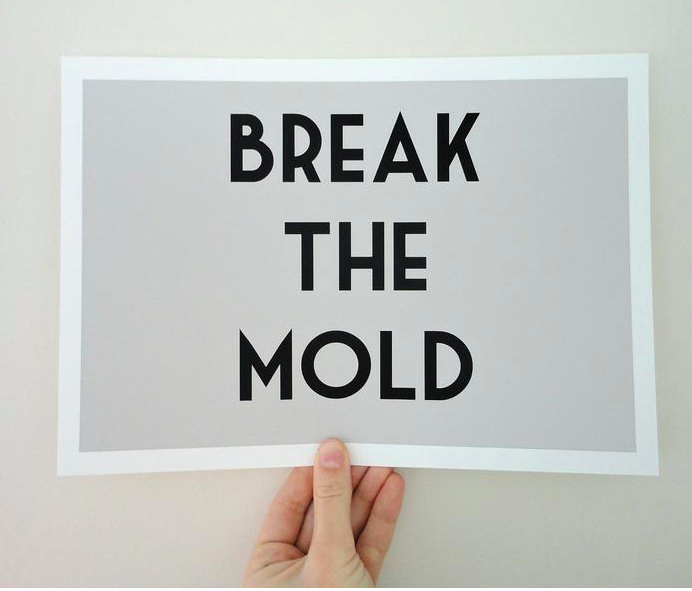 In the age of social media, it’s far too easy to get caught up in what everyone else is doing. It makes it effortless to trace the steps of others in the hopes of achieving the same success. I’m here to say, that’s not how it works.

Life is a series of twists and turns, of ups and downs. We don’t all move the same, so all our paths are different and difficult in their own way.

We often get stuck in the mindset that we have to conform to society’s timeline, and we forget that we don’t actually exist in a straight line. The world claims that to be an acceptable member of society you need to have a specific track record. The major stops on the road to success are listed in a time order and if you do it any other way, or not at all, somehow, you’re wrong.

Go from high school to college have several internships while you’re there along with a paying job. After graduating, get a job while getting your masters, then engaged, then married. Kids who play t-ball, ballet, or soccer. Grandkids. It’s so hard to time these things just right, and that’s because society is just setting you up for failure. How do you know you will fall in love enough to get married in your twenties? What if you don’t want kids? Can you go back to school as a working mom?

The short answer is, life isn’t a strategized race to an end point. The long answer is that people have probably whispered to their friends about how you must have made a bad choice along the way to be moving this slow on the timeline, or not be on the right track at all. The truth is, if we all do it the same, our success loses its value. If we are all equally successful in the same way, we are all equally boring.

Some people could benefit from a gap year between high school and college, you don’t have to have it all planned out at eighteen. Almost everyone I know is in massive debt and half of them have no idea what they want their life to look like. Some of us are just in college because our whole childhood we were taught that this is where we we are supposed to be at this point in our lives. They said that if we didn’t do it now we would never get it done, as if it was a life requirement. You cannot pass go and collect two-hundred if you don’t pick a university right now!

The world is down our throats about our future, our plans. How do we respond when we hardly have a clue?

I know people who went to trade school, had kids, and own a home now. They didn’t get stuck in a rut because someone told them they’d never amount to anything without a college degree. Other people went on to have pet kids that they send to doggie day care while they go to community college and save up. Some moved across the country and interned for amazing companies or hiked mountains for a few months. Some are couch surfing while they figure it all out.

The truth is, we have time. Everyone thinks by twenty-one that you should have already made huge successful steps toward a future that you have made up your mind on. You don’t. As people, we are in a constant state of change and growth. What is right for one person at this time could be catastrophic for another.

What I’m getting at is that it’s okay if your life doesn’t look like everyone else’s, now or ever. We are all learning and deciding for ourselves what sparks our joy.

So, when you’re deciding on life’s next steps, small or large, don’t use the map. Pick a path that looks interesting to you, or don’t follow a path at all. Your existence should be completely unique and built by no one but you.

Choose your own battles, climb your own mountains, and of course…pick your own sunflowers.